International Workshop on Advances in Research Grants and HCI &HEC 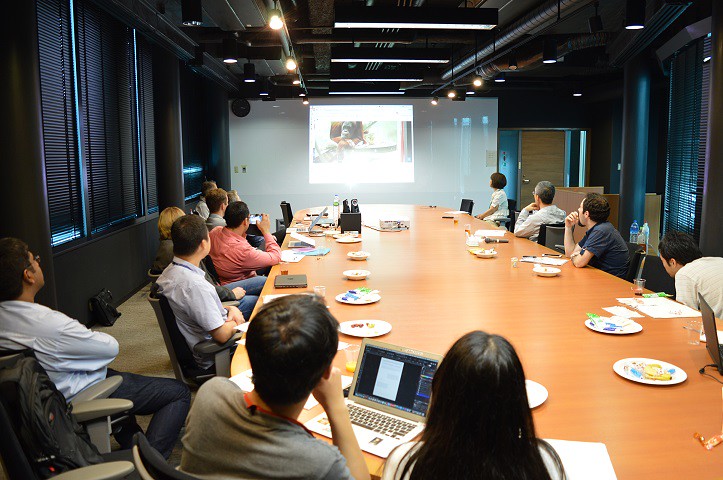 International Workshop on Advances in Research Grants and HCI &HEC

An international workshop, organized by Center for Human-Engaged Computing at KUT, will be held on Tuesday, October 16. Four distinguished speakers along with CHEC members will cover topics related to specific areas in HCI and Human-Engaged Computing, and generic guidelines to write successful research grants. The schedule and speakers in details are as follows. We hope your participation to make the workshop a successful one.

NUI as a Social Concern

Brief Bio: Prof Harold Thimbleby FRCPE FIET CEng FLSW HonFRSA HonFRCP is an internationally respected computer scientist who has given over 500 invited talks in 31 different countries. He works in healthcare IT and its collision with humans and human error. His research team won the 2014 GE Healthcare Award for Outstanding Impact in Healthcare. Harold is an Expert Advisor on IT to the Royal College of Physicians, expert witness in medical device cases, and an MHRA expert assessor. His book Press On won several international prizes. He has been a Royal Society-Wolfson Research Merit Award holder and a Leverhulme Trust Fellow.

Talk Abstract: Natural User Interfaces (NUIs) are a broad collection of interaction techniques and technologies that are inspired by the way people interact with, manipulate and communicate in the physical world. These post-GUI techniques - such as gestural interactions, body-based interaction, speech recognition, tangible computing, pen-based input and multi touch surface - are now supported by mature and robust technologies, which have enabled a rich repertoire of new interaction possibilities. However, these possibilities are not limited to our interactions with digital objects and virtual assistants. NUIs are likely to have significant implications on how we relate to each other, on how we nurture human relationships and how we engage with the social dynamics of everyday life. This talk explores the implications of NUIs as a social concern. It will examine the design and use of emerging NUIs in everyday human contexts such as in the family home, the doctor's clinic, the classroom and the public square. The talk will investigate the role of NUI technology, and our relationship to it, as NUI techniques increasingly mediate human relationships.

Brief Bio: Frank Vetere is a Professor in the Department of Computing and Information Systems at the University of Melbourne. He leads the Interaction Design Laboratory and is director of the Microsoft Research Centre for Social Natural User Interfaces (Social-NUI). Frank’s expertise is in Human-Computer Interactions (HCI) with particular interests in technologies for ageing well and design thinking. He is an executive member of the Hallmark Ageing Research Initiative (HARI) and the Melbourne Networked Society Institute (MNSI). Frank has served on the editorial board of the journals Interacting with Computers (IwC) and the International Journal of Human Computer Studies (IJHCS). He is currently the general chair of CHISIG, Australia's leading body for HCI research.

Talk Abstract: This talk addresses a core goal in human-engaged computing: how to design or adapt technology that best matches with an individual's unique interests and capabilities. This talk looks at recent work on using individualized models of human capabilities to drive the optimization of user interface designs. Technically this involves parametrizing user- or group-specific models and using them in objective functions. I discuss the opportunities and challenges of this approach.

Brief Bio: Antti Oulasvirta is an Associate Professor at Aalto University where he leads the User Interfaces research group. He was previously a Senior Researcher at the Max Planck Institute for Informatics and the Cluster of Excellence on Multimodal Computing and Interaction at Saarland university. He received his doctorate in Cognitive Science from the University of Helsinki in 2006, after which he was a Fulbright Scholar at the School of Information in University of California-Berkeley in 2007-2008 and a Senior Researcher at Helsinki Institute for Information Technology HIIT in 2008-2011. He was awarded the ERC Starting Grant (2015-2020) for research on computational design of user interaces. Dr. Oulasvirta serves as an associate editor for International Journal of Human-Computer Studies, a column editor for IEEE Computer, and he frequently participates in the paper committees of HCI conferences, including the ACM SIGCHI Conference on Human Factors in Computing Systems (CHI). His work has been awarded the Best Paper Award and Best Paper Honorable Mention at CHI eight times between 2008 and 2016. He has held keynote talks on computational user interface design in NordiCHI'14, CoDIT'14, and EICS'16.

Talk Abstract: Emotion has an integral role in human action: it lets usappraise values of alternative actions, readies us for this action, andprovides feedback on completed actions. Our ability to learn in andadapt to the technological world is dependent on emotion. Such key userbehaviours and experiences as acceptance, continuation of use, andsatisfaction, are all dependent on the human emotional system. This talkpresents the modern psychological theory of emotion as a cognitiveappraisal process, and discusses how it has been applied, and can beapplied further, in human-computer interaction research and design.

Brief Bio: Jussi Jokinen, PhD, is the principal investigator (PI) of the project. From his doctoral studies, con- ducted in cognitive science in University of Jyväskylä, he has extensive experience on studying emotion in HCI, especially from the perspective of appraisal theory. His cognitive scientific ori- ented research is well suited for connecting mental phenomena with emotions computationally. After graduating in Summer 2015, he has spent his first postdoc, starting on 1.10.2015, in prof. Antti Oulasvirta's User Interfaces Laboratory, Aalto University. There he has worked on studying the effect of age on the use of mobile devices, his work mainly consisting of controlled experiments and modelling. The modelling work involves him programming in Common Lisp, Python, and R, in order to implement computational user models and fit them to human data. Jokinen's work has been cited 102 times (Google Scholar h-index 5) since 2011, when he became an active researcher.