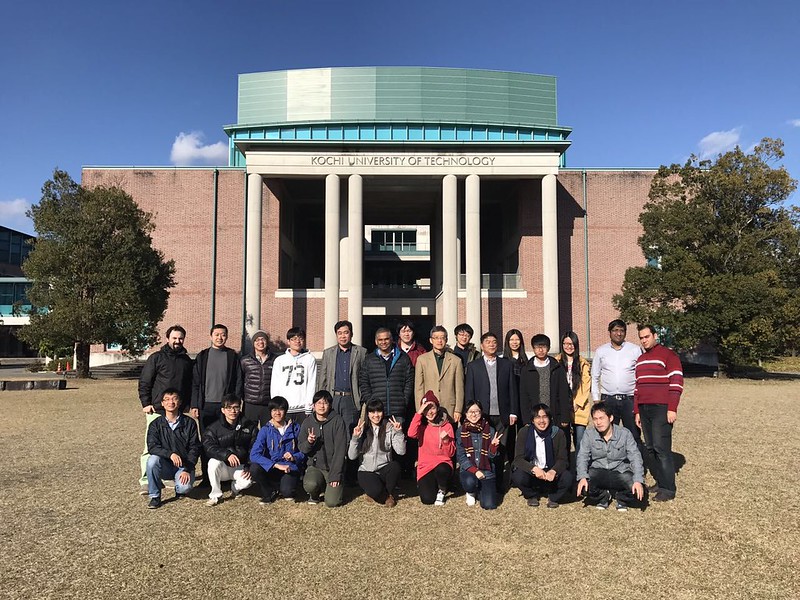 University of Science and Technology Beijing

University of Science and Technology Beijing

Talk title: 3-gaze estimation based on a one-camera-one-light source system

Brief Bio: Anirudha Joshi is professor in the interaction design stream in the Industrial Design Centre, IIT Bombay, India. He works in the field of Human-Computer Interaction (HCI) design. He teaches HCI and related topics in IIT Bombay and in academic institutions all over India. He was one of the first teachers to introduce usability and ethnographic user studies methods in India. On Teacher's Day in 2016, he got an award for Excellence in Teaching from IIT Bombay. His researchs focused on user studies, interaction design, and usability evaluations for diverse domains including healthcare, literacy, Indian language text input, banking, education, industrial equipment, and FMCG packaging. His work has been for users in urban and rural India and on a variety of platforms including desktops, the web, mobile phones, ATMs, and custom hardware. He also worked in the area of integrating HCI activities with software engineering processes.

Talk Abstract: About twelve years ago, information and communication technologies (ICTs) were used by about 20% of the world population – a definite minority. The adoption of mobile telephony increased rapidly thereafter, and today ICTs in some form are in the hands of more than 80% of the world population, including the rural, the uneducated, and those in developing countries. Today their use of ICTs is limited, though there is potential waiting to be discovered, perhaps waiting to explode. We believe that the next set of "cool" opportunities are in designing for these "emergent" users. Innovations that were too distant to consider earlier are now realistically feasible. We believe we have opportunities to find solutions for problems that have plagued human beings for a long time. I will be sharing some interaction design projects in an attempt to illustrate these beliefs.My talk will focus on interaction design projects for the three major segments of Indian population: the non-English literate, the barely literate and the illiterate. For the non-English literate, I will discuss the issues related to text input in Indic languages. For the barely literate, I will share two small projects related to improving productivity. For the illiterate, I will share a healthcare project, and a project related to improving literacy skills.

Talk Title: Thinking About the Development of Smart Retirement in the next 5 year

Talk Abstract: Mainly about the current situation of smart retirement . Focusing on the informationization pro-people project and other national projects from the perspective of Internet of Things , Mobile Internet , Cloud Computing , Big Data and Artificial Intelligence .Analysis of the role of the new generation of information technology development on the smart retirement . Introducing some pension service applications of the national demonstration projects and putting forwards some views on how to develop the new economy and promote the smart retirement relying on the Internet of Things.

Brief Bio: Chi jiannan was born in Liaoning Shenyang, China, in 1967. He received bachlar of engineering in Tianjin university in 1990, and received master of science and Ph.D. in Northerneast university in 2002,2005, respectively. In 2005-2007, he did postdoctoral research work in USTB. He is currently an associate professor in school of automation and electrical engineering, USTB. His research work focus on HCI, Vision measurement, optical de tection.

Talk Title: 3-gaze estimation based on a one-camera-one-light source system

Talk Abstract: His presentation is 3D eye gaze estimation based on a single camera and single light source system. In his report he will introduce some key techniques for achieving 3D LoS estimation including system calibration, user calibration, gaze direction estimation, etal. He will give a brief introduction of his recent study on 3D gaze estamition based on minmum system configuration.